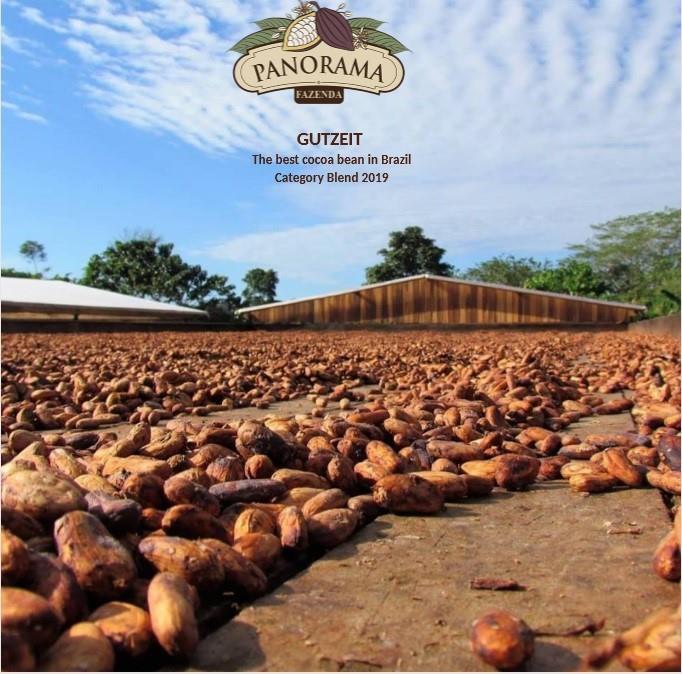 View Photo Gallery (31)
Business proposal for a Brazilian based Panorama Cocoa Farm(Main plantation: Cocoa). Local: Uruara, Para, North Brazil. Besides from being a good business- Direct benefit cocoa producers by providing a direct market for fermented & organic cocoa. Area total: 2.100 hectares: It's 300 ha Cocoa plantation w 300,000 plants, 200 ha Grazing area, 100 ha Acai plantation, 400ha for banana, trees, 1000 ha of Natural Jungle, Opportunity for three-step project to estabilishing a larger scale cocoa processing plant. The Panorama farm is located at 3.34.00S/52.26.00W in the heart of Amazon rain forestin the state of Para, 40 KM east of district capital Uruara. The Farm can reached directly via Transamazon high-way BR 230. Airports in Santarem and Altamira. Topography: In the municipality of Uruará there are expressive topographical levels, notably in the southern region of the Municipality, with tabuliform and colinous topography, where these levels reach hundreds of meters. It is in this range that the Transamazonic Highway and the municipal headquarters were implanted. The north-central part of the Municipality, with plateaus and trays of the tertiary, presents successively descending dimensions, towards the north, with slope of the drainage towards the Amazon. As a higher elevation, there is the reference 463 meters, to the southwest of the municipality, and the lowest 24 meters, to the northeast, being that the municipal seat is elevated in about 100 meters of the level of the sea. Soil / Geology / Relief: Soils are represented by dystrophic yellow Latosol, medium texture, clayey and very clayey. Concretes Lateritic Indiscriminate dystrophic clayey texture, Red-Yellow Podzolic clayey texture, Red-Yellow Podzolic Latosol equivalent eutrophic clayey texture. Littoral dystrophic soils indiscriminate texture and rocky outcrops. The geological structure of the Municipality encompasses in the south of its territory, rocks of granito-gnaíssico-migmatitic nature, of pre-Cambrian age, that constitute the Xingu Complex. In the south-central portion, forming a long strip with the general NE-SW direction, sedimentary rocks of Paleozoic ages, on the southern flank of the Sedimentary Basin of Amazonas, are represented by the Trombetas do Siluriano Formation (predominantly sandy); by the Curuá Formation, of the Upper Devonian, where the dark clays predominate and by the Monte Alegre Formation of the Lower Carboniferous, predominantly sandstones. Also in this part of its territory, basic rocks (diaassic), of mesozoic age (Jura-Cretaceous) appear. In the northern portion of its territory are exposed sedimentary rocks of the Tertiary age that constitute the Barreiras Formation (sandstones, kaolin clay and siltstones), and alluvial deposits of the Old and New Quaternary along the main water courses. As a result of the compartmentalization presented by the geological structure of the Municipality, its relief forms present, to the south, pediplanadas surfaces, elaborated on Precambrian rocks; tabuliform and hilly, elaborated on Paleozoic and Mesozoic rocks, in the center-south portion, with the north predominance of trays and plateaus that, morfoestruturally, are part of the units: Peripheral Depression of the South of Pará, Lowered Plateau of the Amazon (Lower Amazon ), and part of the Tapajós-Xingu Plateau. 4.1.2.3. Vegetation The vegetation is represented, in its greater coverage, by the Dense Forest of plateaus (sub-region of the Xingu-Tapajós high plateaus), by the Mixed Open Forest, being verified extensive deforestation on both sides of the Transamazonian Highway, leading to the formation of capoeiras . Hydrography: The Hydrography of the Municipality is practically represented by a single Basin, the Curuá do Sul River, which together with its main tributary of the right bank, the Uruará River and its affluent and sub-tributary Magu River and the Onça River, make the natural boundary north-northeast with Medicilândia. Biological Environment Property Cover The natural vegetation was characterized as an alluvial lowland rainforest and dense alluvial. It also occurs secondary vegetation (capoeiras) resulting from anthropic action, in agricultural, extractive and timber activities. The surface of the property is visibly altered by anthropic action, more precisely by agricultural and fruit species originating from pasture. The areas are cultivated with approximately 90 hectares of cocoa x forest essence with 20 years of cultivation in an area of Alternative Soil Use and another 36 hectares of cocoa intercropped with banana, Alternate Soil Use Area (consolidated area), evenly distributed by the property. In this way, the land use areas formerly used by the former owner, the cattle ranching, were used, in order to be used in the areas of alternative soil use in cultivation of fruit and industrial crops.

OR fill out this form:

This site uses cookies to give you the best experience possible. You can read more about our use of cookies or, if you agree, continue to use the site as you normally would.